The lens of the human eye produces new lens fibres throughout life and these secondary fibres are arranged in layers around the lens nucleus. The main purpose of this process, also referred to as appositional growth, is to provide protection. To shield the light sensitive retina inside the eye against aggressive, high-energy UV radiation, the eye’s crystalline lens has developed a natural defence mechanism – clouding. The older we get, the cloudier our lens becomes. The transition from physiologically beneficial clouding (protective factor) to pathological clouding that significantly impacts our vision takes place gradually. The consequences vary, primarily ranging from low contrast vision and hazy vision to high glare sensitivity.

- Light scattering caused by water accumulating within the crystalline lens. The lens of the human eye, especially in young people, consists of a homogenous mixture of proteins and water. The accumulation of a series of chromophores in the lens due to protein agglutination leads to water pooling between those chromophores. As a result, the refractive power of the lens can vary significantly, which leads to light scattering.

- Light scattering on protein aggregates, which creates a veil of light over the retinal image and thus reduces contrast vision.

- Light absorption due to the clouding of the lens. As a result, the amount of light reaching the retina is reduced, significantly impairing contrast vision.

Cataracts are considered to be the principal cause of blindness in the world, although nowadays this can be prevented by eye surgery. The centre of the cloudy natural lens is broken up using ultrasound, then removed and replaced with an artificial lens, also known as an intraocular lens.

The OPTIK-AKADEMIE Training Portal offers a seminar on this topic consisting of several video tutorials:

Courtesy of
A. SCHWEIZER GmbH 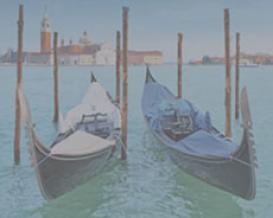